If you are considering growing backyard olives then the Arbequina variety is worth checking out!

Arbequina olive trees are a popular commercial variety of olive because they produce a good olive oil but they are also a common variety sold on the domestic market due to being an early fruiting tree and often produce lots of good tasting olives! 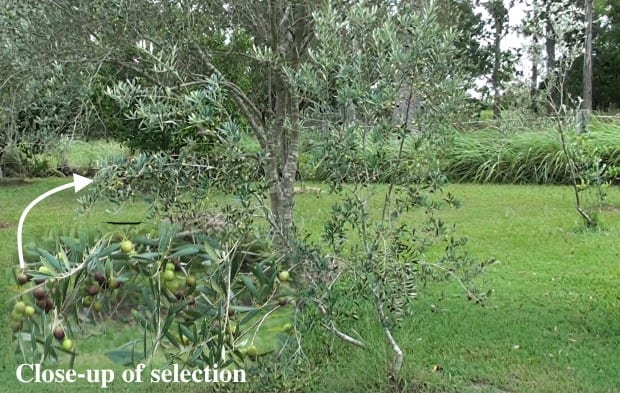 One of two Arbequina olive trees in my backyard. Behind this tree is the trunk of a much larger St Helena olive tree 7 years old but no fruit yet (image above)

Olive trees can take seven or more years before they first fruit and that's in a climate suited to olives (temperate) in other climates such as the subtropics (where I live) olives can take longer to fruit and sometimes not fruit very well even when they do finally mature.

The beauty of the Arbequina olive variety is how tolerant this plant is of hot and cold climates, no matter where it is planted it's likely to grow rapidly and fruit within a few years (sometimes in the FIRST season).

However, there is a "catch" and that is the size of the olive fruit itself… The Arbequina olive is rather small compared to the standard table olive most of us are used to eating. In fact, it's really tiny! I would say it's about 1/3 the size of a Kalamata so yes, it is very small. 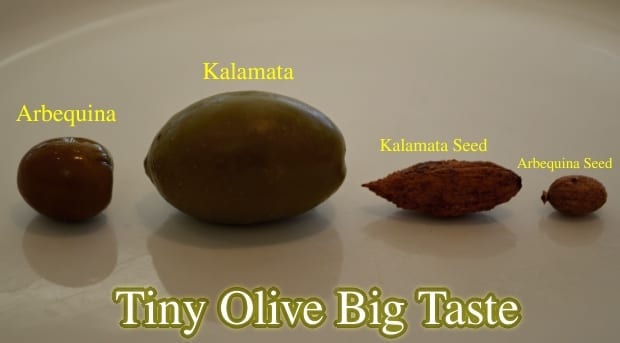 The first time I saw the size of the Arbequina olive fruit from our own backyard trees, I admit I was a little disheartened. Firstly, I pondered the usefulness of such a small olive and wondered if it was worth curing at all. Then I started researching ways to make my own olive oil because I thought: perhaps it would be a better option to make oil from such a small olive, instead of going through the trouble of curing them for regular eating.

But, I soon found out extracting oil from olives is not at all easy and certainly not a viable option for a backyard operation like mine with not many trees. Expensive and purpose built specialised machines are needed to successfully produce olive oil – it just can't be done with a regular oil machine such as the kitchen bench appliances people use to extract oil from nuts or wheat grass in their home kitchen.

Therefore, I was back to standard olive curing again and I have done this successfully with other olives (you can read about it and see my video here on our forum); however, the way I cure olives in brine usually requires the olive to be scored or cut to the seed with a knife around the whole olive to quicken the curing process. The problem with these Arbequina olives was due to the size not only would it be too time consuming to score each olive but they might fall apart or go too mushy. 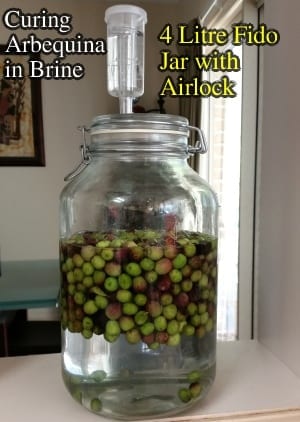 So, I decided to cure them whole and see how long it would take before they were good enough to eat.

For those who don't know, olives can't be eaten straight off the tree because of a bitter compound found in the fruit called oleuropein. They need to be cured, usually by osmosis, whereby the bitterness (oleuropein) is leached out of the fruit by soaking them in a brine solution (salty water). This can take anything from several weeks to nine months to do naturally depending on the olive and the method used. It is possible to cure olives in a few days using chemicals (some supermarket olives are done this way) but I won't bother elaborating on that method needless to say it's one of the reasons why I prefer to grow my own olives in the first place rather than buy them.

Anyway, I ended up curing my 1-2 kg (2-4 pounds) harvest of Arbequina olives in a large 4 litre glass Fido jar, which meant there was ample room in the vessil. The ratio of brine to olives was about 2:1 or 2 litres of brine for 1 kg of olives. There was no scientific rationale to how I came up with this ratio – I just happened to have this sized jar available and it took up about 3/4 of the space. However, what I did realise was after 5 weeks the olives were ready to eat and it was only then when I understood the extra brine solution actually speeds up the curing process!

How do I know the olives cure faster when left in more brine? Well, last year I cured our own olives for the first time but I only harvested 1 kg of olives from our trees so I cured them in a 1 litre jar and it took 15 weeks for the fruit to become edible. Granted, those olives were the much larger Manzanillo not the Arbequina I'm talking about here, but because my last batch took so long I roughly calculated this lot would take about 10 weeks due to being smaller – as it turned out I was wrong in my guestimate.

When I went to change the brine at the 5 week mark, I tasted the Arbequina and to my surprise found they were ready to eat. I then wondered why and what had I done differently, which was to simply cure them in more brine.

At the same time as curing the Arbequina olives and also at the time of writing this article, I'm still curing about 7 kgs of Manzanillo olives so when I found the Arbequina were ready I decided to taste the Manzanillo (which I am also curing in more brine than last time) and I found these olives are also close to eating – but not quite – and probably need another 4-5 weeks. Still, that means I will have large olives ready for eating in about 10 weeks instead of 15 and that's a pretty good achievement in my view!

I can't say if there's a perfect ratio for brining olives regarding quantity of olives per brining liquid but more brine does seem to cure olives faster. Having said that, it would be impractical to cure a small amount of olives in a huge vat just for the sake of curing them faster; therefore, I do recommend sticking to a rough estimate of 1 part weight to 2 parts brine (for example 1 kg of olives submerged in 2 litres of  liquid) for a reasonable curing time.

Once the olives are cured to your liking they can be left in the brine indefinitely (or for at least a long time) and a quantity removed for marinating then eating as required. If the olives taste too salty then it's just a matter of soaking them in fresh water for a few hours or over night until the saltiness has reduced to your taste.

For the brine mix, I use a ratio of 1 tablespoon of fine sea salt dissolved in 1 cup of spring water. Also, I did use an airlock to limit excess bacteria from getting into the vessel but I have to stress an airlock is a nice to have rather than a necessity.

Now that our Arbequina olives were cured enough to eat I marinated them in a medium container with a selection of fresh herbs and spices: garlic, chopped coriander, lemon juice, some vinegar, chillies, and ginger. This marinate mix gave the European olives a nice Asian twist and it does work well together.

I would describe the taste of the Arbequina olive as Moorish and very good quality. I like my olives to have a slight bitterness so I prefer not to over cure them but rather leave a little oleuropein within to give that bitter after taste. Yes, they are small but I don't find them difficult or annoying to eat on acount of the size. 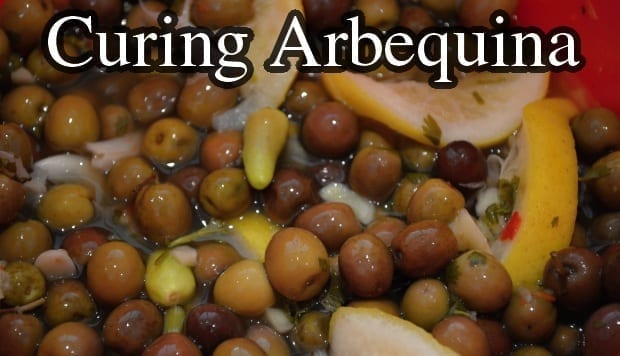 Arbequina olives cured and flavoured in marinate (image above)

Overall, the Arbequina olive is a worthy contender for the backyard foodie to grow. The tree isn't too large, it fruits early, it fruits a lot, the olives are small but the taste is big and I recommend growing them!

If you have any questions or comments feel free to pop them below using our Facebook or guest comments areas. 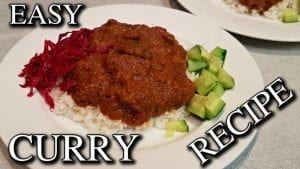 The above video shows a male (drake) and female Khaki Campbell ducks enjoying their homemade raised duck pond made from a poly garden water tank. 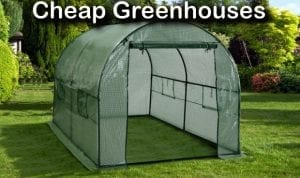 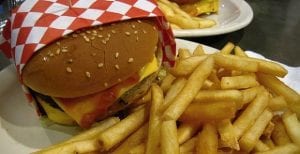 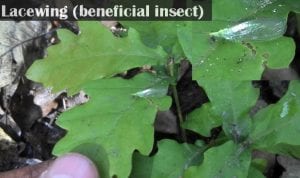 Lacewing – Good Bug To Have In Garden