With all the wonder foods and so-called weight loss remedies pushed onto us all daily, I never recall ever hearing about eating quail as a healthy meat alternative or to help lose weight. That’s such a pity because quail is one of the world’s wonder foods and more people should know about it.

Of course, Asian civilisations have been farming quail for centuries – eating quail and quail eggs are more popular than chickens! It’s really only western cultures who haven’t embraced quail and that’s one reason why western society is far fatter than Asian.

I’ve been growing coturnix quail for years now but I’m still amazed that there isn’t more people keeping this ancient  type of domestic poultry in their own backyards. When you consider the recent explosion in keeping chickens for inner residential properties, mainly for eggs but for meat too, it defies belief why more haven’t ventured into the much easier to look after and cheaper to keep quail. 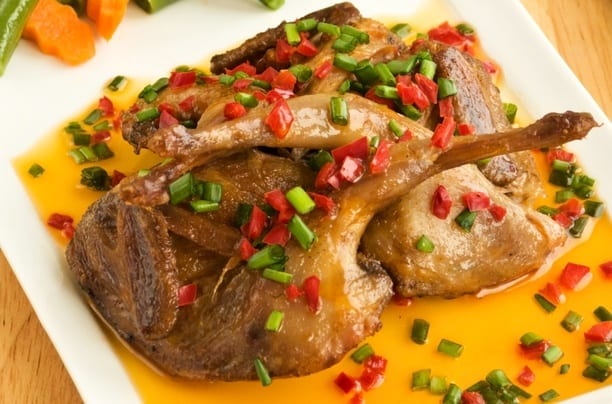 Quail are one of the fastest growing animals on Earth – their food to weight gain ratio is incredible! They breed like rabbits, hatch-out in 18 days, and become a breeding adult at 6 weeks. A quail run or cage setup is easy to build and takes up minimal space ,which suits inner city and residential living.

Why is eating quail meat so good for weight loss?

Compared to chicken, for example, quail meat has similar amounts of protein and fat content. However, it’s the holistic attributes of quail meat which make it far superior to chicken. Check out these nutrition facts:

As a complete food quail meat rates much better than most other meats (including beef) and this high rating means our body will require less of it to feel full and need less for our daily nutritional requirements. So, we eat less calories to receive the same nutritional outcomes, therefore, less calories and feeling full faster, converts to pounds lost on the scales – simple as that.

I’m quite a big guy (6 feet 1) and I workout a fair bit to stay healthy but I know through experience and years of eating quail that quail fills me up faster than any other protein. Initially, I was puzzled as to why I felt fuller by eating less quail meat than, say, chicken. It was only later I learnt more about how complete foods actually do make people fuller that I realised it wasn’t my mind playing tricks on me but my body experiencing a natural reaction to the good food it was consuming.

You hear a lot of talk from nutritionists and athletes about eating “good value” foods to give our body the best nutrition without consuming too much unnecessary crap and quail is one of those foods.

Growing and preparing quail at home

Quail are simple to prepare for the backyard keeper – much easier than other larger sized poultry. I akin the process of preparing quail for the table to going fishing and preparing a catch of fish for a meal.

It takes less than 5 minutes from slaughter to having quail ready for eating. I skin my birds, removing all the feathers in one hit and I do this for two reasons: firstly, no skin means less saturated fat when eating, and secondly, plucking quail is finicky and takes much longer. I have prepared three (somewhat controversial) videos on how to slaughter and prepare quail in a small video series I made –  you can find them on my YouTube Channel.

Quail are becoming a  very popular food choice in my “circles” I wouldn’t go as far to say I introduced our friends to quail as most had tried it before but since cooking quail for family and friends the requests for more has made it difficult sometimes to keep up with demand!

I won’t over stock our quail for the sake of meeting demand – I don’t believe in that – we grow our quail respectfully and that means if we need to go without to keep our quail happy then we go without. Keeping more stock at the expense of welfare for animals is counter productive in a humane sense, and also leads to an inferior product because if your birds are not happy and healthy, their meat won’t be either. 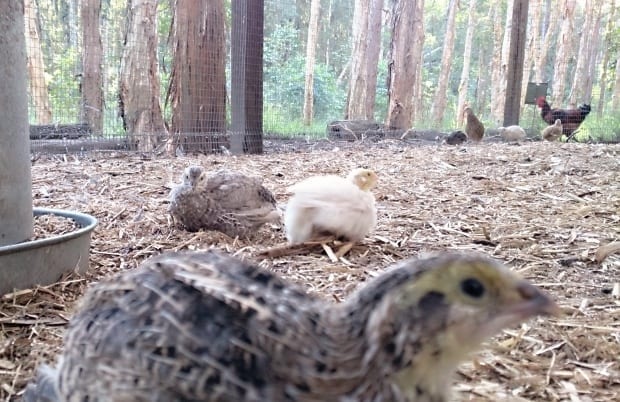 A quail view from their sparsely populated pen (image above)

If you’re serious about healthy food and maintaining a good weight range then give quail a try. You’ll be surprised at the results you can achieve, healthwise, through including quail in you and your family’s diet.

If you’d like to make a comment you have two areas: below, in our comments section; or, join our forum and we can discuss this further. 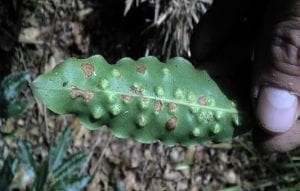 Pittosporum Leafminer – Bad Bug To Have In Garden Pest 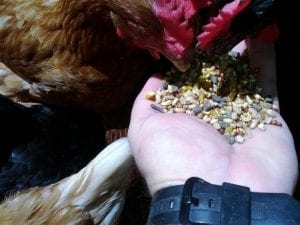 Is feeding chickens as simple as feeding a pet cat or dog? Well, yes, and no. When people first start researching about what to feed 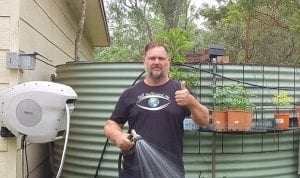 The Importance of Water Sources for the Food Gardener [Podcast]

In this podcast, I go for a walk around our property where I explain where we get the water we need to irrigate our fruit

Yarrow is native to temperate regions of Europe and Western Asia, and has been grown for many centuries as a medicinal and ornamental herb. While 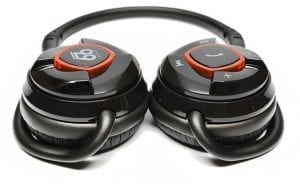 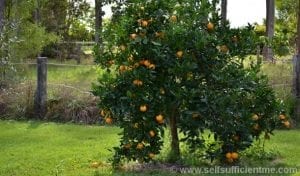 How To Transplant A Fruit Tree – In 4 Easy Steps?

Fruit trees are arguably the best and most important plants people can grow in their garden. These trees provide us with good healthy food, fantastic