This article was updated on 14 Apr 2015  When I first built our duck dam/pond I never imagined these cute waddling birds could do so much damage with their bills to the walls! Seemingly overnight, our ducks had eaten away large segments of dam wall where the water lapped the earth and caused so much damage that parts of the upper wall were collapsing inwards – this had to stop!

I quickly realised if I didn't act fast the dam wall would soon fail and the whole dam (as we knew it) would be lost. I decided to experiment by using large rocks placed at the water's edge with the theory being as long as the rocks were partially submerged the ducks wouldn't be able to readily access the mud and dig into the wall. Also, I expected the rocks would help to reinforce the dam wall and make it stronger to better cope with heavy rain, overflow, and times when the dam was full to capacity. 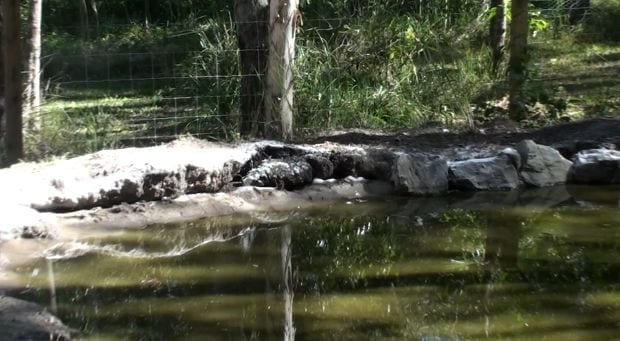 Damage to dam wall before shot (image above)

After positioning several large rocks around the dam wall I allowed the ducks to access the dam and sure enough it worked! The ducks basically stayed away from the rocked areas and concentrated their bills on the soft mud around the dam wall where the rocks weren't. So I bit the bullet and purchased 3 tons of large granite rocks and over three days I stacked them around the dam ensuring the most vulnerable areas such as the back wall was completely covered down to below the usual water level. 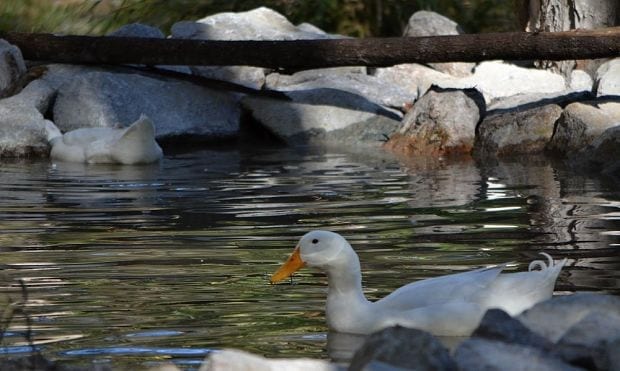 I also gathered several hardwood logs from around my property and strategically placed them around the dam and the waters edge in order to save on rocks, make it more visually appealing, and add some nice habitat for small animals like frogs.

Thankfully, I can report that after a week of monitoring the new rocks have indeed stopped the ducks from wrecking the dam wall and I have to say landscaping wise the whole dam looks much better! 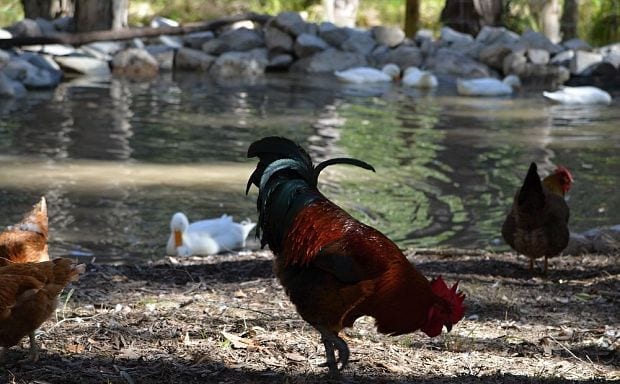 All up the 3 tons of granite rocks cost a tad over $300 to purchase (delivered) and I couldn't have be happier with the results… until the ducks worked out they could get to the wall between the gaps in the rocks! Yes, I probably should have seen this fault coming but I guess I made several wrong assumptions and just expected the ducks wouldn't bother to try and force their bills into the crevices to once again compromise the dam wall. Combined with the dry season evaporation and the walls seeping again the water level in the dam fell below the rocks anyway so the problem persisted.

So what to do next? Pond liner was the final answer… I purchased some PVC pond liner 4 x 3 metres x 0.35 mils thick (heavy duty suitable for ponds 10 year guarantee) and cut it in half to make it 3 m long x 2 m deep. I then removed all the rocks and placed the PVC pond liner into and over the dam wall ensuring it was fully covered. I had enough pond liner to cover the back wall and in time we'll see if this is all that is required because it's the back raised dam wall which is where most of the seepage was going though.

Since using the PVC pond liner the dam has not lost any water but currently it's the rainy season so the test will really be through winter to see if the seepage has stopped completely. However, I can say with certainty that the ducks can no longer chew into the back wall so I can finally claim victory in this area! 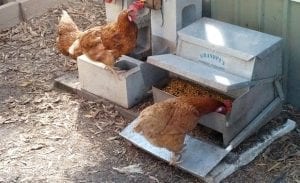 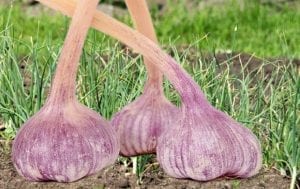 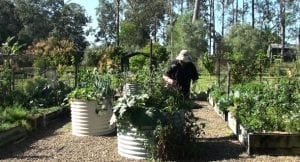 Do you find kneeling, crouching, and bending in the vegetable garden is getting harder as you get older? Well, you’re not alone! But, don’t despair 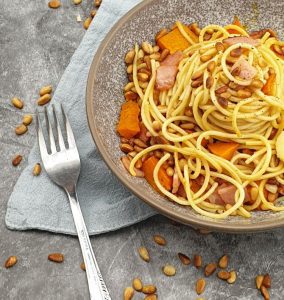 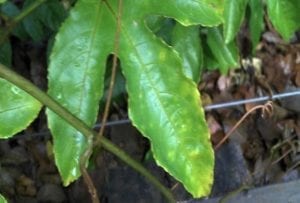 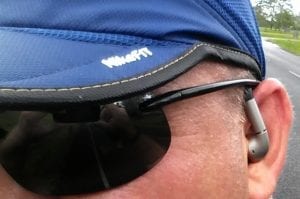